Home Technology What? Robots Can Be Pets Too?
Facebook 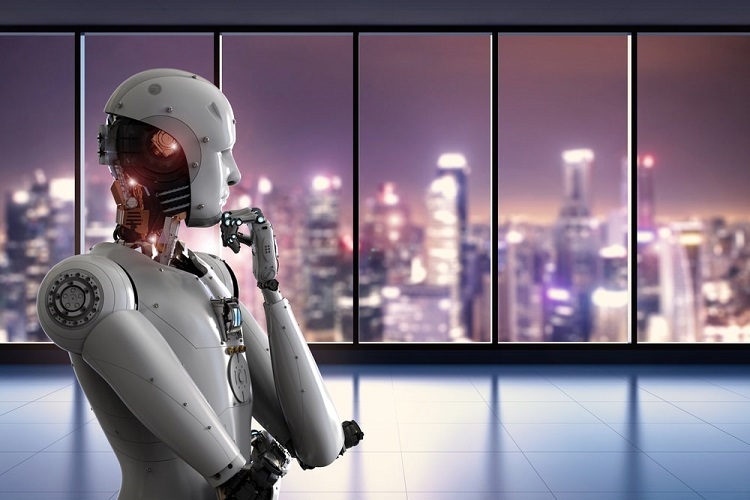 Yes, you heard it right. Robots can be in the form of our favorite pets at home. The innovative minds of developers and creators arrived at this quirky innovation that shocked the tech division of the world. Who knew that the people in this world would be capable enough to design and create such jaw-dropping technology? Well, now we know. Recently, Tesla introduced to the public their almost human-like robot. Now we’re here, dogs that are robots. The future is here with robotic pets in the store, not just for ordinary people like us but for much more people than we can think of.

Going Down to Specifics

What exactly is this? Released this 2021, two companies have released models of their newest CyberDogs. A dog, completely run by tech, is programmed to perform and act like a real-life dog. These tech companies are Boston Dynamics and Xiaomi. The latter is more familiar since they have boomed in popularity over the last years because of their unmistakably noteworthy smartphones.

The other one is a robotics company specializing in constructing different types of robots that serve different purposes. One of which is their CyberDog named Spot. These two companies showcased what their tech team can show us, through their CyberDogs, which almost have similar structures but have different specs that make the two distinct.

While both these CyberDogs are very much alike, it all comes down to small details that make each of them unique. Spot is specifically created to carry on with heavy workload and tasks that are perfect for construction premises while Xiaomi’s CyberDog Bio-inspired Quadruped Robot is more of a showy tech that can do ridiculously amazing tricks and is also very pet-like.

Spot’s distinction is very noticeable in appearance. It comes in a bright yellow hue with a long body. The form of this CyberDog is quite boxy, but because of its terrain navigation system, it maintains its balance even if there is a rocky or uneven surface that it walks on. This CyberDog is also capable of self-correcting itself when it is accidentally bumped and loses its balance. It is water-resistant and can withstand temperatures ranging from minus 20 to 40 degrees Celsius. Aside from that, it also has a programmable Application Programming Interface (API) that allows the user to program the CyberDog itself. It also has fast reflexes because of its 360-degree vision. It can also avoid obstacles when walking. On an average runtime of 90 minutes, it can move to up to 3 miles per hour which is already fast for robots. Lastly, it is safe from rain and dust particles so, nothing to worry about it.

On the other hand, Xiaomi’s CyberDog Bio-inspired Quadruped Robot is more on the pet side than the tech side like Boston Dynamics. It packs up a punch because of its Nvidia Jetson Xavier NX module, containing 384 CUDA cores, 48 Tensor cores, six Carmel CPU cores, and two cores for deep learning. This module enables the CyberDog to perform tricks like a backflip that normal dogs can hardly even do, except for trained ones.

It can also follow its owner because of multiple cameras installed on its body, including the Intel RealSense D450 depth sensor. One distinct characteristic of this CyberDog, compared to Boston Dynamics, is that it has a much curvier body and a matte black finish. Like Spot, Xiaomi’s CyberDog is also resistant to rain.

What Can We Get from CyberDogs?

First and foremost, CyberDogs don’t pee and let out waste, unlike normal dogs. These pets can offer as much enjoyment as with our pet dogs that we have today. The only edge that it gives is that CyberDogs are capable of aiding construction companies without the need of looking for additional employees. Spot can carry up to 14 kilograms and other than that, it can also be attached with an arm that can open doors, lift things, and many more.

Nuclear facilities also benefitted from these CyberDogs because they don’t need to expose themselves to radiation anymore with the help of tech like Spot. Just like any other tech, CyberDogs introduce a future run by technology and gadgets, we are on a fast-paced growth that even dogs can become robots.

CyberDogs are cool and fun at the same time. Although it provides these amazing functions that normal dogs don’t have, who can resist the cuteness and fluffiness that our dogs provide? Yes, it is a wonderful tech but, if you were to choose now, would you pick a CyberDog over your pet dog? Our dogs pee and poo, has fur everywhere, but what do we get in exchange for that, it’s the bond that we form and create that the CyberDogs are incapable of.

We know that CyberDogs only rely on their programmed functions and cannot learn anything new that is outside of their programmed abilities. Our pet dogs surprise us every time they learn something new. While both dogs provide entertainment and fun, the latter still gives much more pleasure than what techno-dogs can provide.

Are CyberDogs Out of The Picture?

The previously stated paragraph does not necessarily mean that CyberDogs are out of the picture. It is another technological advancement that can be more than just a pet. It provides many other functions that can aid other people in this world. Why would we waste an amazing creation that could potentially be the start of the technological revolution that happen anytime?

It is still our choice on what we are choosing because either way, it would still be our choice that matters to us. CyberDogs or real dogs, it is up to you. What’s important is that we have arrived at another milestone that is remarkable and is astounding for this time. It may or may not benefit us, but no matter what happens dogs are still dogs, that’s an undeniable fact that we should not miss. The decision is in your hands.

Getting Your Computer Operating the Way it Should

Business Forecasting, Providing a Glimpse to the Future